We all know Miffy Bunny, the world-famous rabbit, but have you met the rest of her family? Miffy has a father and mother, a grandpa and grandma, and there’s also a story where Baby Bunny joins the family. Was it a boy or girl bunny? We’ll never know, because Dick Bruna kept that a secret. Did you know that Miffy also has a favourite aunt? Her name is Aunt Alice and she Miffy’s father’s sister. Uncle Pilot isn’t really Miffy’s uncle. He’s just a friend of the family, but Miffy calls him “uncle”, Dutch people commonly do.

Apart from books about Miffy and her family, Dick Bruna also told stories about Miffy’s friends. You may know Boris Bear and his friend Barbara, who has seven freckles. Or perhaps you know Miffy’s friends Melanie, Aggie and Winnie, or maybe her friend Dan, who sits next to her in class. She also often plays with Grunty, who is Poppy Pig’s niece.

Dick Bruna loved all the characters he created, but Miffy is the most popular worldwide. Dick Bruna is often referred to as “Miffy’s father”. 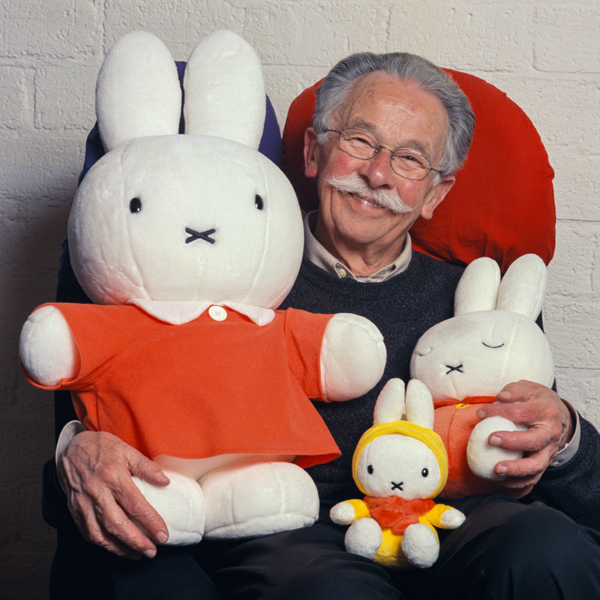