“Caleb and Noah’s Ark” in the Jewish Historical Museum

Based on a book by Dick Bruna, this animated storytelling treat will be on show in the attic of the Children’s Museum of the Jewish Historical Museum.

Most people know the bible story of Noah’s Ark and the great flood.

Tales of great floods are common in cultures everywhere. Many of you will be familiar with the story of Noah’s Ark, as described in the Torah, the first books of the Hebrew Bible. Dutch author and artist Dick Bruna created his very own version of this story: “Caleb and Noah’s Ark”. 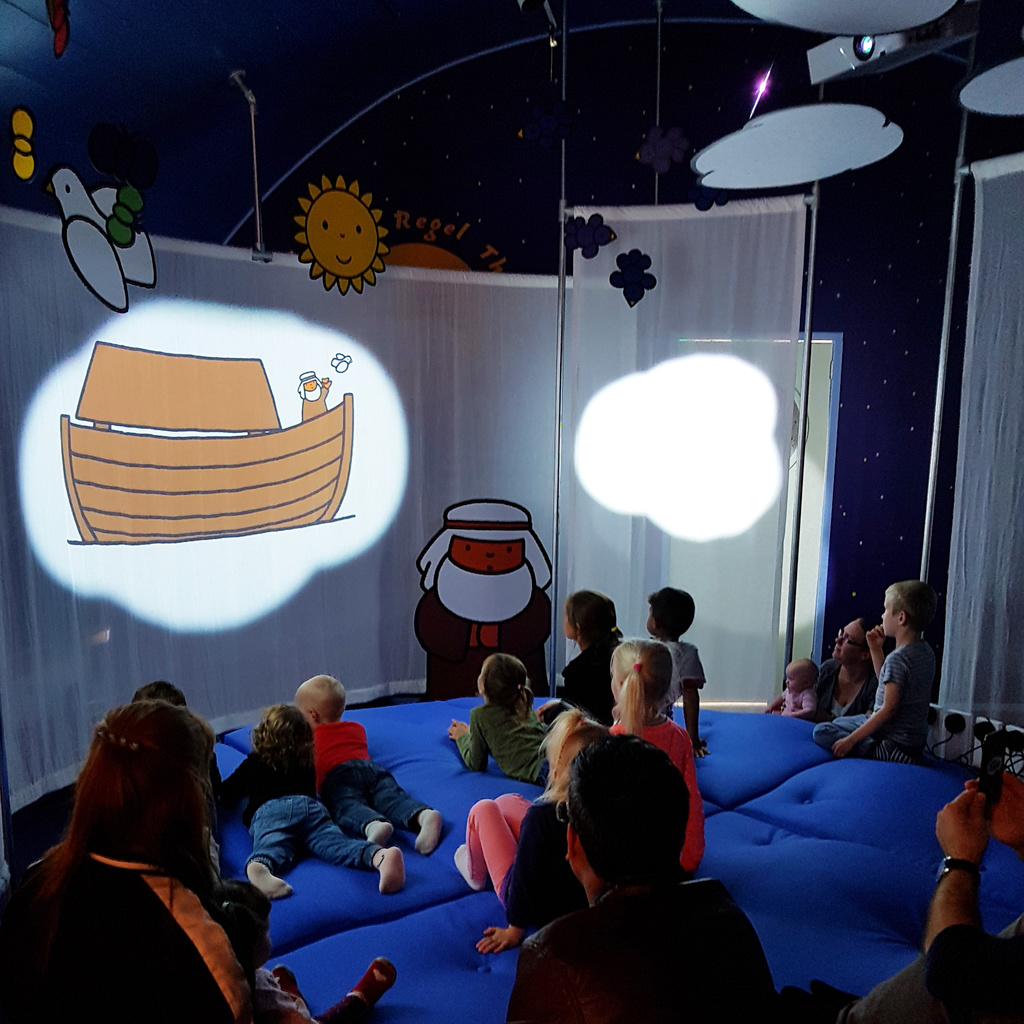 The story is brought to life in the attic of the Children’s Museum of the Jewish Historical Museum. Children watch the eight-minute show while lounging on a large bed installed in the attic. Animated by Kors de Waard, the story is told by leading Dutch actor Pierre Bokma.

The installation addresses a topical theme, recounting a story about dreams and starting anew after humanity has ruined the world. In Dick Bruna’s story, the earth is washed clean, because people spend all their time fighting. An alternative way of life is offered by the Golden Rule: “do unto others as you would have them do unto you”, which is also one of the guiding principles of the Children’s Museum.

“Caleb and Noah’s Ark” will be on show for a year in the Children’s Museum. You’ll find more information (in Dutch) here. The story is also told in English.