On 19 September, the newest dialect – “Rotterdamian” – was added to the series. The book was translated by renowned Rotterdam-born-and-bred actor Gerard Cox, together with Bert Nicodem, who presented the first copy to the city’s mayor Ahmed Aboutaleb.

“Rotterdamian” is the 16th dialect in this Miffy series. August saw the launch of the Nijmegen edition, after previous editions were published in the regional dialects of Zeeland, Amsterdam, Utrecht and the Hague.

Bornmeer launched this series in 2013 and is expanding it gradually. Those wondering if their dialect has been published can click on this link for more information and to order books in the series. 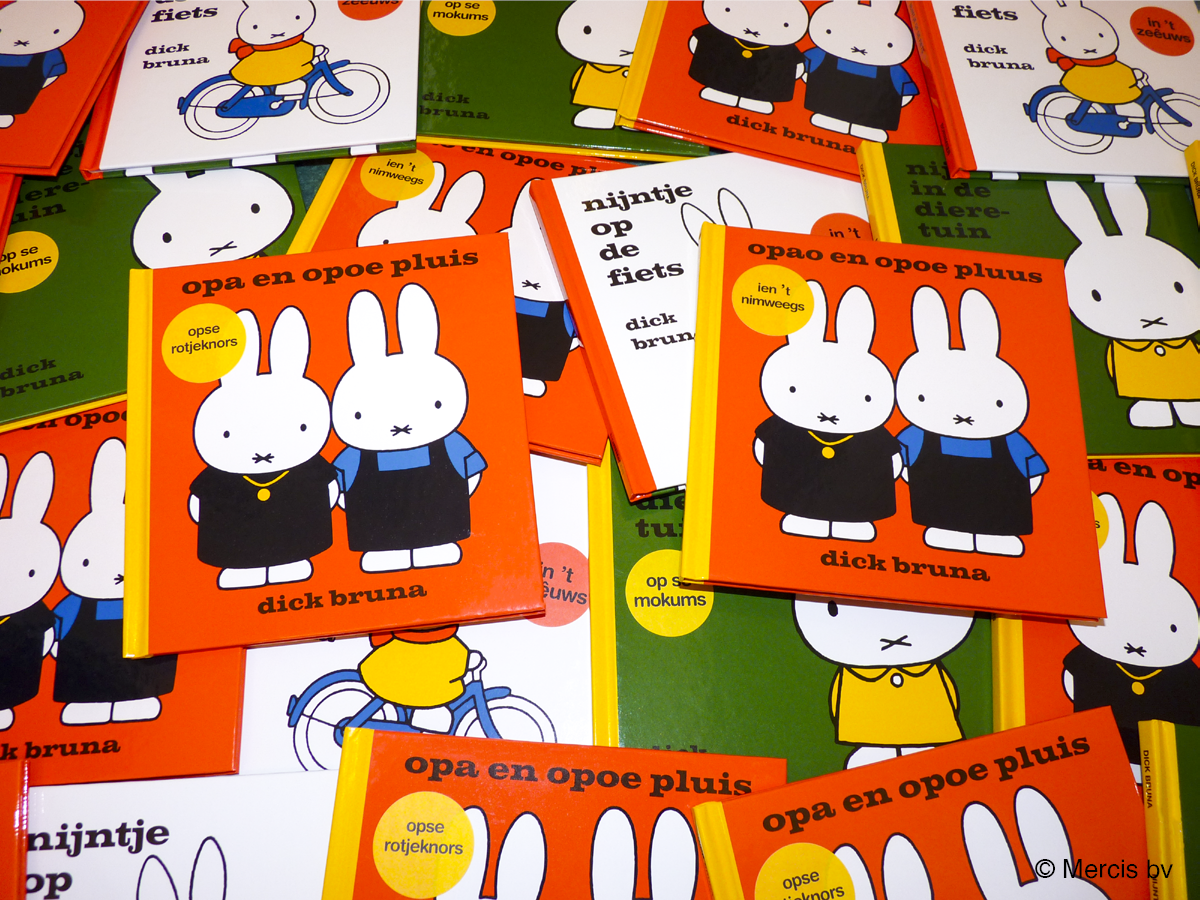