Dick Bruna used only a limited range of colours in his books. The colours he used were not quite primary colours. There was a touch of black in his red, yellow and blue, making the colours slightly warmer. Similarly, his green, brown and grey are quite warm, rather than cold. On rare occasions, he’d use other colours, such as orange for carrots. There were also colours he never used. Purple, for instance, which he felt wasn’t a real colour.

In the early days, Dick Bruna mixed his paint colours. He’d paint the entire picture, but if he didn’t like a certain colour, he had to start all over again. He changed his work method in the 1960s, when his printer supplied him with sheets of paper in his special Bruna colours. He would then cut out the shapes in the drawing and place them behind the transparent film with the line contours. This made it easier to experiment. If he wasn’t satisfied, he simply took a different colour paper and cut out the same shape again.

Almost all of his picture books feature these special Bruna colours. But there are a number of exceptions. Do you know which? The best known is the book “christmas”, but his fairy tales also featured different colours. Did you know that these books are also different in terms of their text? They are written in prose instead of rhyming verse! 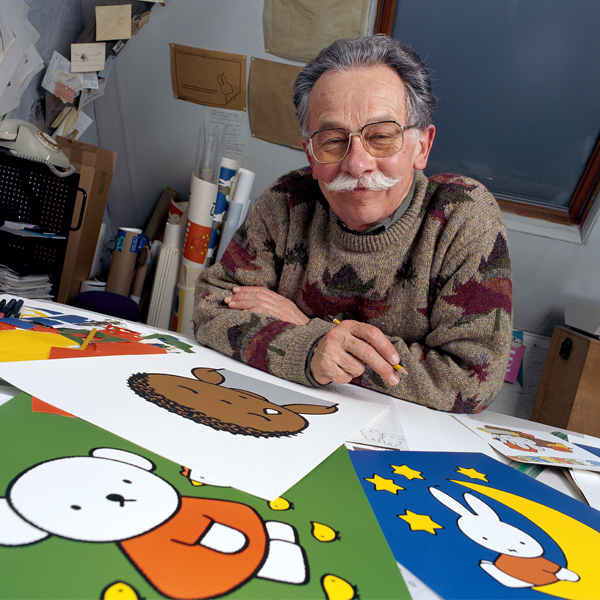 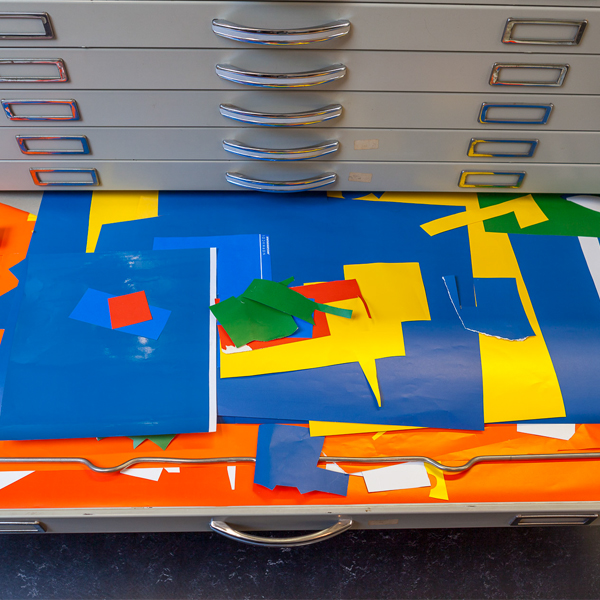 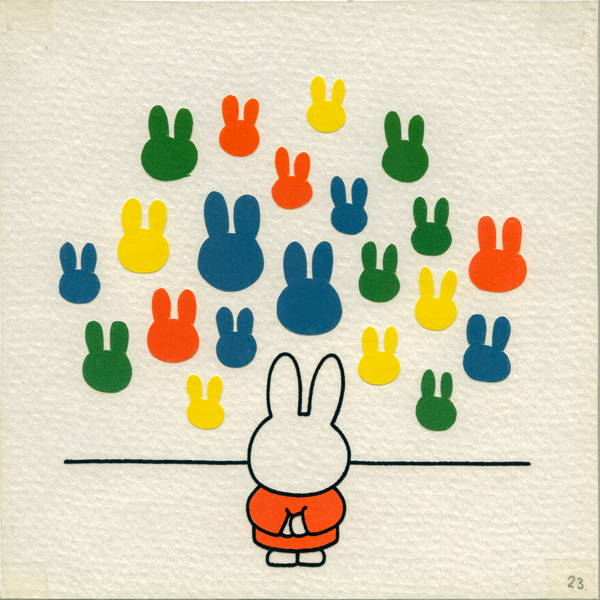